Always long on suspicion and short on facts, the Associated Press’ George Jahn today leaked the story of “missing” chemical equipment in Iran, and quickly tried to link it to “nuclear warheads.” 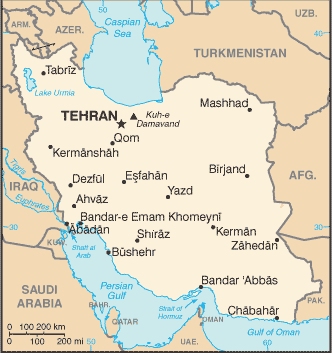 Titled “Diplomats say Iran removed equipment” the article details the ostensibly missing pyroprocessing equipment as a “breaking” story, says Iranian officials are “not answering their cell phones” and speculating about “an attempted coverup.”

Jahn calls pyroprocessing “a procedure that can be used to purify uranium metal used in nuclear warheads.” In fact pyroprocessing, though used in a number of common industrial environments, would only be of interest to the IAEA as a form of reprocessing spent nuclear fuel.

Far from a proliferation threat or something that, to quote Jahn, “adds to suspicions that Tehran is interested in developing nuclear weapons,” pyroprocessing of spent nuclear fuel, as will be left over in Iran’s soon to be active power plant, is designed specifically to allow maximum use of fuel without producing possible weaponizable byproducts.

Indeed, the whole story appears to exist purely in Jahn’s mind, as the IAEA is said to have no interest in commenting on the situation and even the quoted diplomats say the equipment was probably just taken to another site for maintenance.

The whole furore could likely have been avoided with a cursory understanding of what pyroprocessing of uranium fuel is all about, or even just waiting for Iran to return a phone call. With the war party ever hungry for more sensational stories about Iran’s “threat” there was no time for either, as it seems there never is.