Tensions continue to rise on the Korean Peninsula, with the growing possibility that a clash in the disputed maritime border in the Yellow Sea could lead to a renewal of open warfare between the two nations. 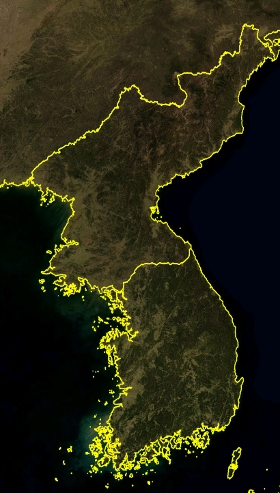 South Korea is holding a naval drill in the sea today, with warships firing guns and dropping anti-submarine bombs not far from the region where the Cheonan warship sank in March, which South Korea has blamed on a North Korean attack.

North Korea responded to the exercise by announcing they were ending one of the last links with the south, a safeguards deal in which their ships remained in radio communication to avoid accidental clashes.

North Korea has denied any involvement in the Cheonan’s sinking, and its state media has been warning regularly over the past week that the accusation could lead to war. Thousands of South Koreans also took to the streets today demanding “revenge” against their neighbor to the north.

Though such rhetorical battles have happened with alarming regularity in recent months, the danger that the Korean War, still technically going on but in a nearly 60 year cease-fire, could be about to go hot again, with nearly 30,000 US troops smack in the middle of the prospective conflict.