In a move that will likely drive a stake into the heart of the near-term prospects for the US-backed “crippling sanctions” against Iran, Turkey and Brazil have managed to come up with a compromise deal that provides everything the Western nations claimed to have wanted from the third-party enrichment deal in the first place. 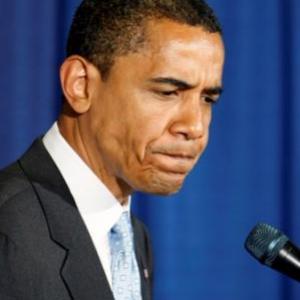 The deal was announced last night but details were only made available this morning. According to the announcement, Iran will ship 1,200 kg of its 3.5% enriched uranium to Turkey, exactly the amount sought in the P5+1 enrichment deal, and will receive fuel rods for its medical reactor one year later, again the amount of time given in the P5+1 deal.

Though the inclusion of Turkey is a new rub, everything else about the deal seems to be designed to be verbatim to the P5+1 deal in October, which the Obama Administration has repeatedly demanded Iran sign.

Iran’s problem with the initial deal with the use of France as an intermediary, as France has previously reneged on nuclear deals with Iran and was not trusted by many in the government, who thought they might simply make off with Iran’s stockpile.

Turkey on the other hand is an incredibly inconvenient intermediary for the war party, because they are simultaneously a key US-NATO ally in good standing and have trustworthy relations with Iran. Turkey would be obligated to return Iran’s uranium if the West fails to provide the fuel rods, and could likely be trusted to do so.

As Iran has now accepted the deal, President Obama will struggle to back out of it without doing serious damage both to his international reputation and to US-Turkey relations.

Western diplomats however suggested they would attempt to do just that, claiming that the 1,200 kg is no longer sufficient because, six months later, Iran has a slightly larger stockpile of low enriched uranium. This seems little more than a rhetorical obstacle, however, as the remainder of the low enriched uranium is bound for a Russian-built nuclear power plant in southern Iran.

Iran has been attempting to produce 20% enriched uranium itself in an effort to create the fuel rods for several months, but has suggested that it will stop that higher level of enrichment if a deal emerges to give it access to the fuel rods to create badly needed medical isotopes.