At least 154 people were killed today and over 600 others wounded in a series of attacks across Iraq, but mostly in the Shi’ite city of Hillah. The attacks mark the deadliest day so far of 2010 for Iraq, and the latest indication that death tolls are on the rise in the nation. 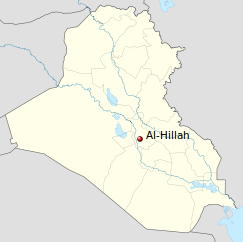 The major attacks came against a textile factory in Hillah, where a pair of suicide car bombers attacked the entrance during a shift change, killing 35 and wounding 136. As medics and relatives rushed to the scene, another suicide bomber hit, adding to the toll.

Elsewhere, a suicide bomber hit a marketplace in Suwayra, and gunmen attacked at least six checkpoints across the capital city of Baghdad. Officials believe that the attacks were coordinated to show the ability of al-Qaeda in Iraq (AQI) to attack multiple locations across the country.

Sectarian tensions have been on the rise in Iraq since the March 7 election, which saw a secular party win a plurality on the back on mostly Sunni supporters, only to lose it to a series of arrests and disqualifications. As the two major Shi’ite religious blocs have since announced an alliance, the secular Iraqiya party has gone from surprise victor to likely opposition party, disillusioning many of their Sunni voters.

Today’s attacks are just the latest in a string of “bloodiest” days which have topped one another since the election. Despite rising violence, the Obama Administration has expressed confidence that their plans for Iraq going forward are on track.

2 thoughts on “At Least 154 Killed in Attacks Across Iraq”