In the midst of the sectarian civil war in Iraq, the Mahdi Army was the major player on the Shi’ite side of things, openly defying the Shi’ite dominated government and fighting US and Iraqi troops. With the sectarian division at its worst level in years, they are reforming. 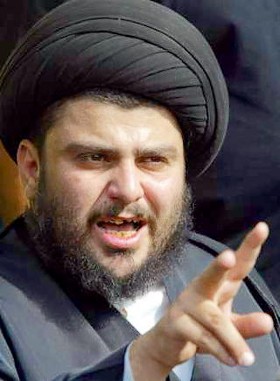 Commanders say that cleric Moqtada al-Sadr, who disbanded the militia in 2007, has ordered it reconstituted, but now, with Sadr a political player and his Iraqi National Alliance a key part of the presumptive coalition government, what are we to make of this militia, back from the dead?

One the one hand some of the commanders say they’re only to provide assistance to security forces, certainly plausible with Sadr’s political faction in the catbird seat in the next government. At the same time, one Sadr spokesman suggested the real reason was to “ensure” that US forces leave the nation in a timely fashion.

Whatever its initial designs, the Mahdi Army, like all fighting forces, runs the risk of finding all sorts of new missions along the way, and with attacks on Shi’ites continuing, the militia seems destined to play a role in tensions in the weeks and months ahead.

4 thoughts on “Mahdi Army On the March”