Having apparently secured his State of Law bloc as the dominant faction in parliament by hook or by crook, Iraqi Prime Minister Nouri al-Maliki’s alliance with the Sadr-dominated Iraqi National Alliance (INA) appears to have come at the cost of turning over decision making powers to the Najaf Marja’Iya, a council of top Shi’ite clerics. 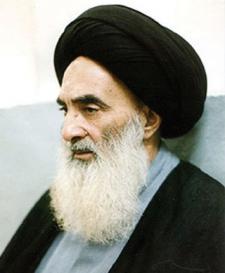 Both Shi’ite religious factions, State of Law and INA have no love loss for one another, and Maliki and Sadr in particular have a long history of enmity. The only way the two sides were able to work together and cut out the Iraqiya bloc of Ayad Allawi was through the Marja’Iya agreement, but at what cost?

The Marja’Iya, a council with a history reacting back centuries, is dominated by the influential Grand Ayatollah Ali al-Sistani. Sistani has long eschewed any formal role in Iraqi politics, though his influence has been often felt, and even a comment from his aides will have more influence than most Iraqi politicians.

Now the Grand Ayatollah stands in the catbird seat, as not only are his edicts considered law by a large portion of the Iraqi population, but they have been formally ruled as such by the presumptive new government. None in the Marja’Iya would presume to challenge Sistani, and the Marja’Iya’s directives are “binding” on the bloc.

Though the change is in a deal between two parties and not an actual constitutional change, the move solidifies the Shi’ite clergy in general and Sistani in particular as the de facto rulers of Iraq, and suggests that the next government may come to resemble its neighbors in Iran in their day to day operations.