Times Square, one of the most high profile intersections on the planet, has an almost impossible amount of surveillance. Horseback police patrols are a given, and countless cameras cover virtually every square inch. 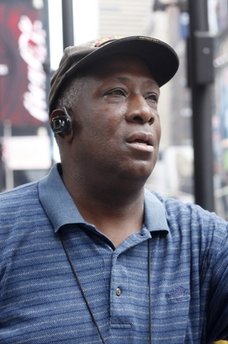 Yet when what police are calling an “amateurish” attempt at a car bombing was foiled it was not discovered by the watchful police, or even the unfailing gaze of the cameras. Rather, it was a pair of street vendors.

T-shirt vendor Lance Orton and handbag seller Duane Jackson, a pair of Vietnam War veterans turned sidewalk vendors, were the first two to spot the Nissan Pathfinder parked in a bus lane, and it was a homeless man going only by the name of “Bullet,” who was helping Orton sell the shirts, who notified the police.

At the end of the day several rounds of ratcheted up police surveillance under the guise of homeland security almost allowed a bomb to go off right under their nose, and if not for private citizens who didn’t automatically assume the police had everything under control, it may well have.