With the United Kingdom stepping boldly into the latter half of the 20th century and holding its first televised political debates, the face of the normally staid British political seems to be changing rapidly. 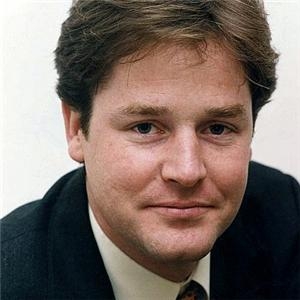 Long a de facto two-party system, when Labor PM Gordon Brown’s stock began to fall precipitously last year it was assumed this made Conservative leader David Cameron a shoe-in for the next election.

But the real winner of the debates wasn’t Brown or Cameron. Rather, polls have showed a large plurality of British voters prefering Liberal Democrat leader Nick Clegg to either of them.

Clegg, seen by many as an outsider, is running on platform of dramatic cuts in the size of government, scrapping the nation’s massive new nuclear weapons scheme, and perhaps just as importantly, an independent British foreign policy.

Openly dismissing the “special relationship” with the US as outmoded, Clegg is campaigning for an end to the days of UK foreign policy being “joined at the hip” with America’s, condemning the Iraq War as an example of “Tony Blair and Gordon Brown doing America’s bidding.”

The LibDems were considered an irrelevant third party, Clegg’s performance in the debate and the growing public dissatisfaction with the foreign policy of Labor and the Conservatives has changed all that. As the campaign comes into the home stretch, the possibility that Nick Clegg will have a lasting impact on Britain’s foreign policy seems to be growing.