Afghan President Hamid Karzai’s half brother Wali has been the source of no small controversy over the past several years. Simultaneously one of the most corrupt and influential politicians in the nation, reportedly a key player in the drug trade and on the CIA payroll, Wali Karzai has come under renewed scrutiny as NATO’s attention has turned to his stronghold of Kandahar. 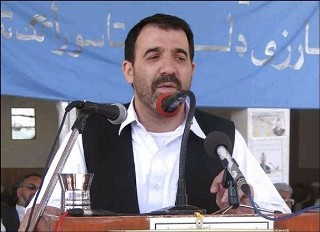 It was less than a month ago that the Pentagon was declaring Wali Karzai’s very presence a serious threat to the Kandahar invasion. But Hamid Karzai insisted his half brother would stay regardless of concerns and it appears the US has backed down.

Now Wali Karzai is reporting, in an interview with the Associated Press, that he has been in frequent talks with “my friends, the Americans” trying to sort out the “misunderstandings” between them. NATO is now insisted Wali’s support is critical to the invasion.

Given his political and tribal connections in the area, not to mention his apparent connections to the city’s criminal underworld, Wali Karzai’s usefulness in supporting the invasion has never been a real question. It is more the question of what happens after the invasion that remains to be answered.

Officials have repeatedly said that the invade and hold strategy was going to depend on “wiping out” corruption in the city. Unlike offensives in rural portions of the Helmand Province, Kandahar has had a Karzai government presence for many years, and as a result has a disaffected population which has come to expect massive corruption. If the invasion just reinforces the control of the most corrupt elements, there seems very little point to it at all, except as a means of sparking another major battle and leaving the local population even more resentful of international meddling.

2 thoughts on “In Turnabout, US Warms to ‘Drug Kingpin’ Wali Karzai”