Last night it was reported that the Obama Administration was about to unveil the nation’s new nuclear weapons doctrine, ostensibly backing off the more bellicose claims of the Bush Administration while slipping in a “loophole” regarding nuclear first strikes clearly aimed at Iran. 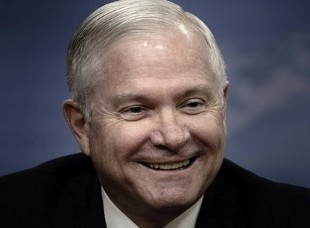 Secretary of Defense Robert Gates said the policy was meant to send a strong message to Iran and North Korea that “all options are on the table in terms of how we deal with you.”

Gates said Iran and North Korea were being deliberately “carved out” of the policy, as were “non-state actors.” The US has repeatedly threatened to attack Iran, and it has often been speculated that the attack would include the use of tactical nuclear weapons against underground sites.