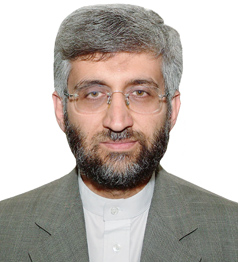 The conference, entitled “Nuclear Energy for All, Nuclear Weapons for No One,” will take place on April 17, just after a Washington conference on nuclear security that is expected to include pressure for more sanctions against Iran for their civilian nuclear energy program.

Reports from the Iranian government say that 60 plus nations have been invited, and Jalili said that the Chinese have already agreed to attend, though the Chinese government has yet to confirm this.

Only last week Jalili was in China on a visit, as the United States continues to pressure China to back sanctions against Iran. Though the US has repeatedly claimed China will eventually support the sanctions, the Chinese Foreign Ministry maintains that it supports a diplomatic solution to the dispute, and intends to oppose the sanctions.

2 thoughts on “Iran to Host Nuclear Disarmament Conference This Month”