Afghan President Hamid Karzai’s troubled half brother Wali will remain in power as the head of the Kandahar Province council despite US and NATO calls for his removal over persistent corruption and alleged involvement in the drug trade. 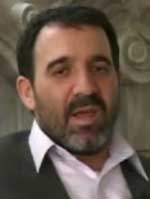 Pentagon planners had warned that Wali Karzai’s position was a “challenge” for the NATO invasion of Kandahar Province, scheduled to begin in June. They concede that his information network could be extremely useful in the invasion, but his reputation for corruption could seriously harm the attempts to win the “hearts and minds” of the population.

In a high profile meeting with Hamid Karzai earlier this week, Admiral Michael Mullen insisted that a military victory in Kandahar, NATO’s top priority for the war this year, would depend on “wiping out” corruption in the city, something which would be impossible so long as Wali remains in a position of almost unrivaled power.

But blood is thicker than decade-long occupations, it seems, and President Karzai has refused to move against his brother. He appears to have the vote of confidence for Karzai tribal head Tooryalai Wesa, the governor of Kandahar. Wesa warned that without Wali Karzai stability in Kandahar (such as it is) would be impossible.

The NATO fumbling of this family drama underscores the serious perils of trying to stamp out corruption built around tribal links that go back centuries, and if the current plan truly depends on completely eliminating this as a factor in Afghan it seems to be flawed at its core.