With just a few days of counting left in Iraq’s parliamentary election, the lead seems to be changing hourly, and after retaking and losing the lead earlier in the day, former Prime Minister Ayad Allawi’s Iraqiya bloc has once again seized a narrow lead over current Prime Minister Nouri al-Maliki’s State of Law bloc.

In Iraq’s parliamentary system, the raw vote totals are actually of minor consequences, however, as the number of seats is determined on a provincial basis and the party with the most seats, not the most votes, gets first crack at forming a new government. In that regard the two blocs are running virtually neck-and-neck, and the final result will likely be no more than a 1-2 seat swing one way or another.

To that end, Prime Minister Maliki has been pressing for a full recount of the vote, echoing calls from President Jalal Talabani. Iraq’s election commission has already rejected the recount, but Maliki continues to reiterate this call.

These recounts seem again to be with an eye not so much on the raw vote totals, but at picking up an extra seat here or there in a province. State of Law is reportedly disappointed in their relatively modest victory in Baghdad (counts showing them scarcely ahead of Iraqiya and the Iraqi National Alliance (INA) also picking up a large portion of the vote). Allawi, whose strength has come from dominant performances in Sunni-majority provinces, seems keen to get the count settled as quickly as possible.

Once the final count is certified and the number of seats is finally settled, the real battle begins, as Iraqiya and State of Law vie for the number of partners they would need to form a coalition government, with the bloc with the most seats going first. This is certain to be a long, messy process that will take months and could even end with a deadlock and a new election. 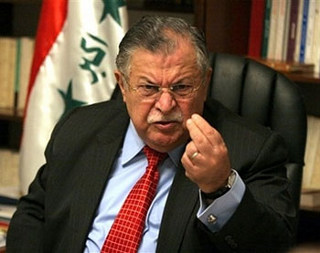 To that end both blocs will be courting the seats of the Iraqi National Alliance, the bloc once dominated by the Supreme Islamic Iraqi Council (SIIC). Smaller factions with seats will include the Kurdistan Alliance, the Gorran Party, the Iraqi United bloc and the Iraqi Accord Front. Eight seats will also go to religious minorities.

Exactly how many of the seats any bloc is going to come up with is unclear, but the Kurdistan Alliance, once a dominant power throughout the north, seems to have lost mightily in this vote, losing to Iraqiya in Kirkuk and Nineveh and even failing to net a plurality in its own stronghold of Sulamaniyah, where Gorran looks to net several seats. Once seen as a certain “kingmaker,” the Kurdistan Alliance runs the very real risk of getting cut out in a coalition now, severely weakening the bargaining position of the Kurdistan Regional Government they dominate.

Instead the new kingmaker seems to be anti-US cleric Moqtada al-Sadr, who just weeks ago was facing reports that the Maliki government had sworn out an arrest warrant against him. An impressively organized campaign has put the Sadr loyalists into a commanding position, poised to seize control of the INA from the increasingly irrelevant SIIC and putting some of his controversial allies in position of increased influence, as it seems all but certain that any coalition will need to go through him.

The Shi’ite religious INA overall is seen as a more natural ally to the Shi’ite religious State of Law, but Sadr’s very public problems with Maliki have somewhat poisoned the well for this relationship. If State of Law is to court Sadr, it may require enormous concessions, including putting up Interior Minister Jawad al-Bolani as a replacement Prime Minister.

And an INA alliance with the secularist Iraqiya is not out of the question either, as Sadr’s long-standing nationalist tendancies could make him more inclined to join with Allawi, and Iraqiya’s comparative rivalry with the Kurdistan Alliance would make getting his bloc on board all the more vital, and mean Iraqiya would be willing to pay all the more in the form of additional ministerships.

The uphill battle toward anything resembling a ruling coalition could also provide a pretext for slowing or even stalling the US drawdown in the nation, as the months of political wrangling leaves a caretaker government with little authority in power. For an Obama Administration already under pressure to abandon its “no more combat troops after August” pledge, the election deadlock seems a tailor-made excuse.