Tensions in southern Yemen continue to rise this evening after police killed a separatist protester in Lahej Province for trying to raise the flag of formerly independent South Yemen at a government building. 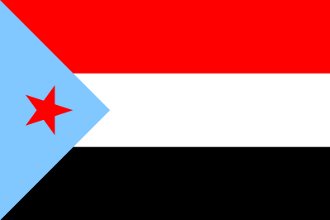 South Yemen was unified with the Yemeni Arab Republic in 1990, but growing complaints about the treatment of citizens in the southern region have led to a growing secessionist movement.

The Saleh government has attempted to crush the secessionists with the military, ignoring international calls to focus on al-Qaeda and instead launching mass arrest campaigns in the southern provinces.

The December air strike which killed some 42 innocent civilians, mostly women and children, was also in southern Yemen. A spokesman for the Southern Movement separatist group said the public “apology” over the killings was insufficient, and that those responsible should actually be held accountable. The US-backed attack was said to have targeted al-Qaeda.