In a move which looks to be sparking a major diplomatic row with Turkey, the House Foreign Affairs Committee narrowly passed a resolution declaring the Ottoman era killing of Armenians “genocide.” The 23-22 vote will send the measure to the full House for a vote. 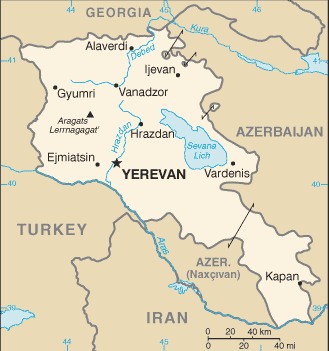 But it will do so over the staunch objections of President Barack Obama, who pledged during the campaign to support such a resolution. Since his election Obama has opposed the resolution, with Secretary of State Hillary Clinton explaining only that “circumstances have changed.”

Exactly how circumstances have changed is unclear. The vote would be non-binding and would only express Congress’ sentiment that President Obama should recognize the genocide label in his annual statement. President Obama’s refusal over a House vote would likely be a serious embarrassment, particularly after his campaign pledges on the issue.

The Armenian government maintains that 1.5 million Armenians were killed by the Ottoman Empire during World War 1. The modern Turkish government has acknowledged a large number of deaths but insists they weren’t part of any systematic policy of genocide. They have fought vigorously against foreign nations labeling the deaths “genocide,” and the dispute remains a serious strain on Turko-Armenian relations to this day.

Turkish Foreign Minister Ahmet Davutoglu cautioned the House panel against the vote today, warning that it would harm bilateral ties. After the vote Turkey announced that Ambassador Namik Tan was being recalled immediately in protest. A Turkish officials was also quoted as saying “all options are on the table” if the House goes though with a final vote on the resolution.