The Iraqi government today accused a device manufacturer of supplying the nation with fake bomb detectors and said that it plans to sue. They are also investigating those responsible for its importation. 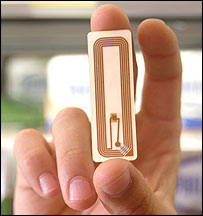 The ADE 651, manufactured by British company ATSC, was sold to Iraq and other nations as a portable substance detector, at prices as high as $60,000 per unit. The device’s complete ineffectiveness has been a matter of growing scrutiny and the butt of several jokes.

Scientists say that the units amount to little more than a “car antenna mounted on a plastic box” and that they don’t do anything. The special “substance detection cards” inserted in the device to detect specialized chemicals were said to be nothing more than a plastic card with a standard RFID tag, like the kind used to detect shoplifters, attached to them. The “card reader” was said to be literally an empty plastic box with a slot and no electronics inside.

The Iraqi government had been championing the device’s effectiveness for years, despite growing evidence that it didn’t actually do anything. The manufacturer declined comment, citing the pending legal action.

3 thoughts on “Iraq to Sue Over Fake Bomb Detectors”