Afghan-born Najibullah Zazi today confessesd in court to plans to launch bomb attacks against the New York subway system, saying the attacks were designed to “bring attention to what the United States military was doing to civilians in Afghanistan.” 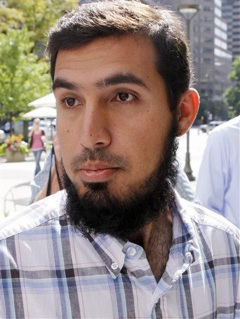 Attorney General Eric Holder lauded the confession today in a press conference, saying that it showed that civilian courts remain a “valuable tool” in the ongoing global war on terror. Holder has been facing growing criticism for not turning certain suspects over to the military for indefinite detention and extralegal interrogations.

Zazi faced charges of “conspiracy to use weapons of mass destruction,” related to his purchase of nail polish remover and Clairol Clairoxide hair dye. Zazi initially pled not guilty to the charges.

The confession came as part of a plea bargain that officials say has provided “greater insight” into terrorism. Zazi faces a maximum sentence of life in prison.