In comments today, Homeland Security Secretary Janet Napolitano warned that the government now considers “domestic extremism” as big a concern as international terrorism and conceded that the government doesn’t have a good handle on how to “prevent someone from becoming a violent extremist.” 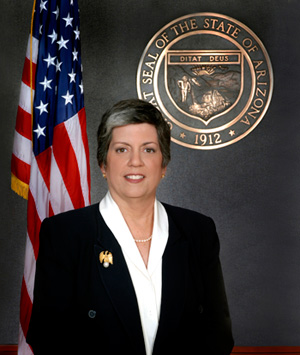 In fact, Napolitano did not provide any examples of this actually happening, but it seems to have been a reference to a report by the Senate Foreign Relations Committee that 36 American ex-convicts disappeared in Yemen and were assumed to have joined up with al-Qaeda.

Top Obama adviser John Brennan reiterated the concern, saying that the Obazma Administration held a meeting about it on Friday. Brennan cautioned that it was not just up to the federal government to stop domestic extremists, but that local Muslim communities needed to be responsible for detecting potential radicalization and informing the government “before they depart.”