Adding to the sudden flurry of high profile arrests in Pakistan, Afghan officials say the Pakistani government has captured a pair of Taliban “shadow governors” in the Balochistan Province. 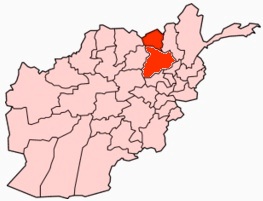 The two apparent captives, Mullah Abdul Salam and Mullah Mir Mohammed, are said to have been the Taliban movement’s governors for the Baghlan and Kunduz Provinces, both in northern Afghanistan.

It is unclear how important to the operation of Taliban forces in these respective provinces the “shadow governors” actually are, and it is also unclear why the two were in Pakistan. Much of the Taliban’s rival governments in Afghanistan has centered around religious court systems, not executive branches.

The arrests are said to have occured last week, shortly after the Pakistani government captured Mullah Baradar, who is said to be providing “useful” intelligence. Pakistan’s government hasn’t officially confirmed the new captures yet, and it is unclear if they are at all related to intelligence provided by Baradar.