Fueled by an unfortunately worded letter by the IAEA about a “technical violation” allegedly made by Iran last week in its civilian nuclear program, CNN’s Rick Sanchez is now speculating about the possibility of Iran “building some kind of nuclear weapon,” even though one of his guests from MIT made it clear this threat was totally illusory. 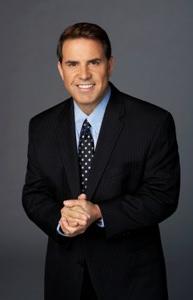 The IAEA statement, related to Iran’s refusal to indefinitely delay alterations to its civilian enrichment program, included claims that Iran’s attitude “raises concerns about the possible existence in Iran of past or current undisclosed activities related to the development of a nuclear payload for a missile.”

The letter seems to have been an effort to chastise Iran for a technical violation, but did not make any specific allegations that Iran was actually making such missiles, or even had the capability to do so. IAEA Chief Yukiya Amano, responsible for today’s letter, has previously confirmed that the IAEA has absolutely no evidence that Iran is seeking nuclear weapons.

But “technical violations” aren’t a sensational story, and the IAEA letter’s wording gave enough wiggle room for the television media to leap on the story and spin it into an alarmist “breaking story” about a non-existent nuclear payload being mounted into a non-existent warhead. Even after a guest made it clear that Iran did not have any weapons-grade uranium, Sanchez speculated about what we, “as Americans” should expect the government to “do” about it.

Not that the CNN was alone in its alarmism, as George Jahn at the Associated Press was at it again, who ran an article called “UN nuke agency worried Iran may be working on arms,” even though the content of his own article made it clear this was at best a speculative claim. 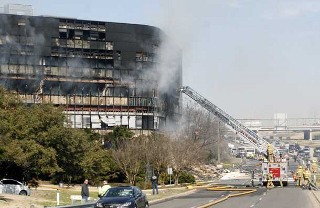 In reality, the vast majority of Iran’s uranium is enriched to only 3.5 percent, with a much smaller amount, described as “modest” by the IAEA, enriched to 20 percent for a medical reactor. A nuclear weapon would require uranium enriched above 90 percent, and as the IAEA continues to closely monitor the enrichment process, it is clear that the nation is simply not making weapons grade uranium, nor could it without immediately alerting the international community. The technical violation, one must remember was related to the changeover of some centrifuges from 3.5 percent to 20 percent, totally unrelated to anything theoretically weapons-related.

Not that any of this was made clear in CNN’s coverage of the story. Rather Mr. Sanchez lept dexterously between speculating about Iran’s missiles and discussing the “anti-government terrorist” attack in Austin, Texas, complete with footage of a burning IRS building. Pictures of burning US government buildings and speculation about a rival’s non-existent nuclear weapons combined nicely to fuel panic, but they did nothing to clarify the actual meaning behind the IAEA’s Iran statement.