Officials continuing to probe the January Dubai assassination have found another link to Israel, as six members of the “hit squad” used British passports containing data stolen from actual British nationals who were in Israel at the time. 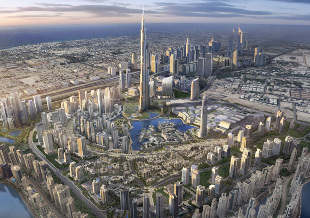 In total Dubai police say 11 people were involved in the hit. Three of them also used fake Irish passports, though Irish officials say the names and information on these passports were entirely made up, and not stolen like the British ones.

The January hit on Hamas commander Mahmoud al-Mabhouh in the city of Dubai has sparked global controversy, as the evidence continues to mount that the killing was an official act of the Israeli spy agency Mossad.

Israel has yet to officially confirm the assassination, and Dubai police have yet to conclusively link the nation to Mabhouh’s killing. Police chief Khaifan, however, warned earlier this month that if the link were proven they would issue an international arrest warrant against Israeli Prime Minister Benjamin Netanyahu.

Mabhouh was a top Hamas military commander, but while Israel speculated he was there to meet “Iranians” Dubai police say they have found no evidence that he was in the city on official business. Hamas has vowed retaliation for the killing.