NATO officials confirmed today that an incident involving US troops has left at least 12 Afghan civilians killed. The US troops say they fired rockets at suspected militants, but missed and hit a crowd of civilians 300 meters away. 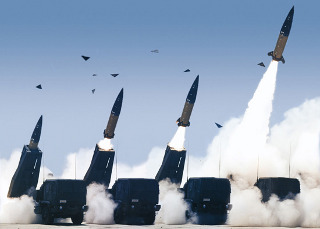 Gen. Stanley McChrystal expressed regret over the killings, coming as NATO and Afghan forces raid the Marjah district. The deaths of the civilians will be of particular embarrassment after NATO blanketed the region with leaflets urging civilians to “stay put.”

NATO has reported that the “High Mobility Artillery Rocket System,” (HIMARS) involved in the attack, has been suspended pending further review. The Karzai government is also planning an investigation into the killing of civilians in the raid.

The forces are invading Marjah, a region which has been totally outside government control since the 2001 invasion, to install Haji Zair, a Karzai appointee, as the new governor. Zair has been unable to even visit the region.

Though officials predicted the offensive, the largest since the war began, would be quick and clean, they have encountered heavy resistance and officials now say that the conquest of the farming community could take upwards of a month.

5 thoughts on “US Rockets Kill 12 Civilians in Helmand Province”