European diplomats are expressing annoyance today as the International Atomic Energy Agency has issued a report on Iran’s uranium enrichment program. The report claims the IAEA takes “umbrage” at the fact that Iran made the move so rapidly. 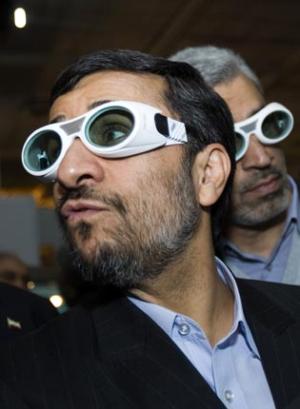 Reportedly the IAEA sent a letter to Iran Monday asking them to not feed their low-enriched uranium into the newly configured centrifuges until adjustments were made to the safeguards procedures, but Iran moved ahead anyhow.

Officials say the move is at best a technical violation of procedures, but were irked that the Iranian government disregarded the atomic watchdog’s wishes. Iran began the enrichment of uranium to 20 percent on Tuesday.

Iran has been enriching uranium to 3.5 percent, and announced their intentions to begin enriching at 20 percent after months of failed negotiations for a third party source of fuel for the Tehran research reactor, an aging, US-built reactor that produces medical isotopes. Iran has said they will abandon the 20 percent enrichment if and when a new supply of fuel for the reactor is found.