The second in command of the al-Qaeda in the Arabian Peninsula (AQAP), Saeed al-Shehri, was heard in an audio tape today urging muslims in the region to wage jihad against the Western influences, which he accused of plotting an “ideological war” in the region at a recent London conference. 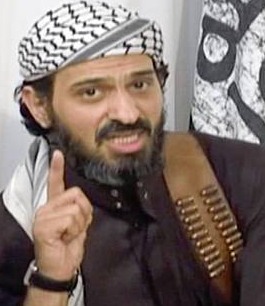 The Yemen-based AQAP has been fighting a growing war against the US-backed Saleh government, just one of several clashes the Yemeni government is engaged in. The audio tape accused the US of taking a direct role in the conflict, accusing them of killing civilians in drone strikes. Though the US did launch cruise missiles against Yemen in December it has so far not confirmed any drone strikes.

The audio tape also appeared to confirm that al-Shehri, who the Yemeni government claimed to have killed last month, actually survived as AQAP has insisted all along.

But perhaps the more surprising development was that Shehri addressed the call by name to several Yemeni tribes, including an apparent reference to the Houthi tribe in the north. The Houthis, who have been fighting a civil war against the Yemeni government and the Saudi government, are exclusively Shi’ite. That an al-Qaeda affiliate is exhorting cooperation from a Shi’ite group is an unprecedented development, as the Sunni millitant group has often targeted Shi’ites across the Muslim world as apostates.