In testimony before the House Intelligence Committee today, National Intelligence Director Dennis Blair told representatives that American citizens can be assassinated by the US government when they are oveseas. 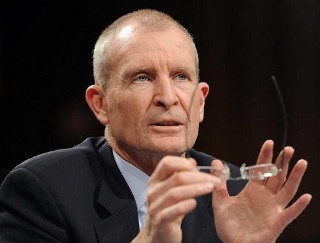 Blair said the comments were intended to “reassure” Americans that there was a “set of defined policy and legal procedures” in place and that such assassinations are always carried out by the book.

Rep. Pete Hoekstra (R – MI) inquired about the procedures involved, asking what the legal framework was under which Americans could be killed by the intelligence community.

Blair insisted that under no circumstances would Americans be assassinated overseas for criticizing the government, adding “we don’t target people for free speech.” Rather they are subject to assassination when the government decides they are a threat and when they “get specific permission.” Exactly who was giving that permission was unclear.

The question has been increasingly important as the Obama Administration attempts to help the Yemeni government assassinate Anwar al-Awlaki, a US-born cleric who is not accused of any crimes by the US government. The administration maintains that secret evidence exists linking Awlaki to terrorism.

There seems to be a chilling lack of oversight in the procedure behind these killings, however, Blair’s assurances against politically motivated assassinations aside. The US has killed Americans in overseas attacks before, but only as “collateral damage.” It has never admitted to explicitly assassinating an American citizen before, though it seems that the policy is in place and such killings are only a matter of time.

43 thoughts on “Blair: US Govt Can Kill Citizens Overseas as Part of ‘Defined Policy’”