Just days before Israel is expected to release its own report on the January 2009 invasion of the Gaza Strip, Israeli Information Minister Yuli Edelstein declared that the UN report on the war, and every other report since the war ended, “are simply a type of anti-Semitism.” 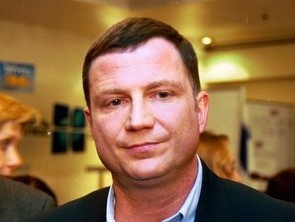 The UN’s report, also known as the Goldstone Report, successfully moved through the UN Human Rights Council in October. It faulted both Israel’s government and the Hamas government in the Gaza Strip for the massive civilian toll in the war.

Israel warned that any report which didn’t put the blame 100 percent on Hamas was inherently biased and declared that it showed the hypocrisy of the entire planet and a global bias against Israel. The US House of Representatives also condemned the report as “unfair” and called for the president to block its consideration.

But Minister Edelstein took the usual complaints of anti-semitism against the report to a new level, saying that there was a clear connection between criticism of the Israeli war effort and the Holocaust and that it amounted to just the latest conflict in “the battle against global anti-Semitism.”

Though Israel’s government has repeatedly canceled efforts to investigates the military’s actions in the war, their own report is said to be completed and will aim not at explaining the war so much as attacking the Goldstone Report, and the reports from various human rights groups on which the Goldstone Report was chiefly based.