NATO commanders say that they will be issuing new rules to severely curb the number of nighttime raids they conduct in Afghanistan, after the latest civilian killings sparked more protests in the Ghazni Province. 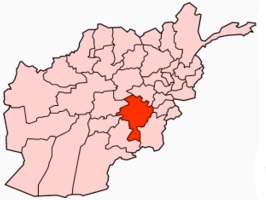 NATO spokesman Rear Admiral Gregory Smith says the new rules will address “the issue that’s probably the most socially irritating thing we do and that is entering people’s homes at night.”

Locals likely find the shooting more irritating than the entering, however. People from a tiny Ghazni village marched on the provincial capital today, dragging the bodies of four people slain in the latest raid. Two of the bodies were an 11 year old and a 15 year old.

The official story from NATO is, as usual, starkly different. They insist that the four people killed, including the 15 year old, were all insurgents. No mention was made of an 11 year old but they insisted that “during the operation, 11 women and 24 children were protected.”

Family members of the slain note that not only were they not “insurgents,” they didn’t even own a gun and not a single round of ammunition was found in their home, labeled by NATO as a “training compound.” NATO’s statement is also likely significantly undermined by the very public effort to change the rules, something one would assume they would not do if, as the report claimed, everything went so swimmingly in the overnight raid.