Pakistani officials cautioned today that the “massive” arms buildup by rival India was threatening its security and could destabilize South Asia. 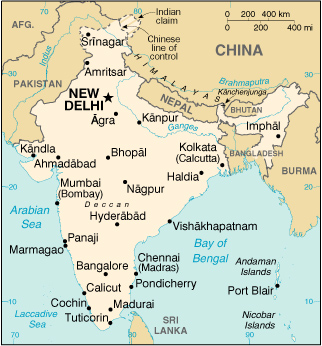 The comments were made by the National Command Authority, the body responsible for all of Pakistan’s military policy and which controls the nation’s nuclear arsenal.

The statement said Pakistan sought to avoid an arms race with India (understandable as Pakistan’s economy is in ruins and the government is tottering near bankrupcy), but that the expansion of India’s nuclear arsenal and upgrades to the delivery system forced it to maintain a credible deterrent force.

Rivals for decades, India and Pakistan have been at increasing loggerheads since the November 2008 Mumbai terror attacks, and both nations have added to the military forces along their mutual border.

Concerns about the status of India’s military have grown since comments in late December by Indian Army Chief General Deepak Kapoor, who said that India was “ready” to fight a war against not only Pakistan, but China as well, and that they were capable of fighting on both fronts at once.

US envoy Richard Holbrooke today downplayed the concerns, saying Gen. Kapoor’s comments were only a “personal opinion” and not Indian government policy. Still, when the army chief makes a statement about a prospective war which would involve three nuclear armed nations which make up about 40% of the world’s overall population, a little sensationalizing is hardly surprising.