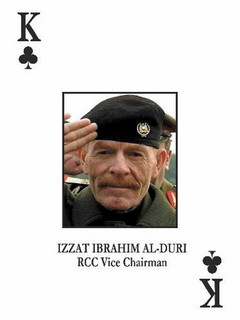 The CIA is said to be trying to negotiate a truce in an effort to improve Iraq’s Sunni minority’s disposition ahead of the March elections. It is unclear how well talks are progressing.

But even if a truce did have some beneficial effect on the attitude of the Sunnis, it is likely to be overwhelmed by the Shi’ite government’s banning of 14 Sunni political parties last week, ostensibly because they had unspecified “affiliations” with former Ba’athists.

After decades of declaring the Ba’athists among the most evil groups in the world, the US is showing a surprising turn-around this year, as this is the second time in less than a week officials are said to be in talks with a Ba’athist faction. Last week it was reported that the Yemeni government, at America’s behest, founded a new spy agency specifically to fill with former Ba’athists who fled Iraq during the 2003 US invasion.