Several recent attacks and attempted attacks, including the Detroit underwear bomber and the CIA Khost base bomber, are underscoring what officials and analysts fear is a sudden willingness for al-Qaeda’s smaller auxiliaries and groups “inspired” by the faction to launch attacks against the United States directly. 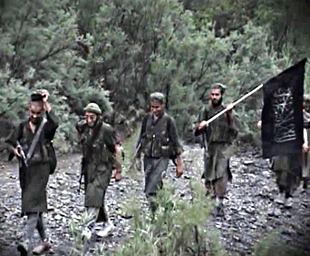 Al-Qaeda in the Arabian Peninsula (AQAP) has thrust itself onto the scene as one of the parent group’s most high profile “franchisees” with the failed Detroit bombing, while the al-Qaeda in the Islamic Maghreb (AQIM) group in northern Africa seems also to be looming on the horizon.

The policy is hardly a new one for the terrorist organization. Al-Qaeda in Iraq (AQI) has long operated as a high profile group with seemingly little to no direction from the group’s Afghanistan based leadership.

AQIM in particular is an interesting case study, getting its start as the Salafist “Group for Call and Combat” before later adopting the al-Qaeda brand. Other groups seem keen to establish themselves in this regard as well, notably the tiny Jund Ansar Allah faction in the Gaza Strip, which has claimed it will establish an Islamic emirate in the region.

It is causing considerable problems for US intelligence, which has tried for years to keep tabs on al-Qaeda’s parent group (and has had only limited success at that) but is now faced with a dazzling array of al-Qaedas and would-be al-Qaedas around the world, each apparently eager to launch direct attacks on the US.

2 thoughts on “Al-Qaeda-Inspired Groups Keen on Targeting US”