In a move likely to spur accusations that the ruling parties are using dirty tricks to consolidate power in the upcoming election, it has been announced that Iraq has barred 14 Sunni opposition parties, including some major ones, from participating in the March election. 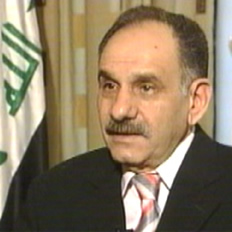 The 14 parties are all alleged to have affiliation with the former Ba’athist Party, though many of the parties appear to be decidedly anti-Ba’athist and the “Accountability and Justice Committee,” which made the ruling, provided only vague claims.

The biggest loss is the Iraqi National Dialogue Front, led by Saleh al-Mutlaq, which is the fifth largest parliamentary bloc in Iraq and the second largest Sunni bloc.

Though Mutlaq maintains that his bloc is not sectarian in nature, the committee claims Mutlaq is a Ba’athist. Analysts warned that the move could lead to a broader boycott of the election among Sunnis and raise doubts about the nation’s political stability.