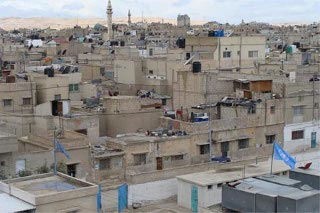 Educated at Istanbul University, Balawi was an aspiring doctor who worked at a clinic in a Palestinian refugee camp near his home town of Zarqa.

Balawi reportedly was also an active al-Qaeda sympathizer, posting regularly on militant forums on the internet. These postings did not stop after his apparent arrest and recruitment by Jordan’s General Intelligence Directorate (GID), and Balawi gave an interview to a jihadist website in late September describing his desire to take up arms to avenge the killings in the Gaza War.

Despite these postings, Balawi gained the trust of the GID and by extension the CIA, and officials privately say he provided “valuable tips” related to a plot in Jordan. This was apparently enough assurance that when he claimed to have urgent information for the CIA regarding a top al-Qaeda leader, he was welcomed onto a NATO base unsearched, and made his way into a top secret CIA installation with a suicide vest.

The trust was obviously misplaced, but how cheaply it came we can never really be certain. If Balawi was already operating as a so-called triple agent at the time he provided those tips, it is entirely possible that the uncovered plot was manufactured for the sole reason of giving Balawi some credibility. One thing is certain, however, and that is that intelligence officials will look at their reformed “assets” in a whole different light, particularly when their credentials come purely through another country’s spy agency.