Friday’s “lap bombing” did only superficial damage to the Detroit-bound plane, though it badly burned would-be bomber Umar Farouk Abdulmutallab’s lap. Still, the real fireworks may be yet to come, as some top US officials are looking to use it as an excuse to attack Yemen. 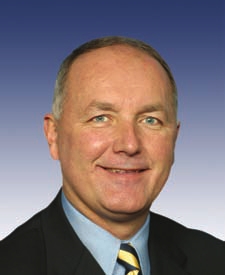 Senator Joseph Lieberman (I-CT), the head of the Homeland Security and Governmental Affairs Committee, was the first to declare Yemen “tomorrow’s war,” urging a preemptive attack on the nation now. Senator Arlen Specter (D-PA) concurred, saying an attack should be considered.

Rep. Pete Hoekstra (R-MI) said President Obama should be held responsible for the attack, and also declared Yemen a “hot spot” that needed to be dealt with. He also alleged that the attack was probably somehow tied with US cleric Awlaki, though this link appears to be purely speculative.

Yet so far the only evidence linking the lap bomber to Yemen are his own claims that he is a member of al-Qaeda and got the bomb (essentially a condom with some explosive inside) from al-Qaeda bomb makers in Yemen. Law enforcement officials concede that can’t corroborate any of this.

The link would be extremely convenient for the Obama Administration, which has already been attacking sites in Yemen over the past few weeks. They even helped try to assassinate Awlaki, even though the US citizen isn’t charged with any crimes in the US.