At least 12 people were killed and dozens of others were injured today when multiple attackers, including two suicide bombers, hit the local office of Pakistan’s Inter-Services Intelligence (ISI) agency in Multan. 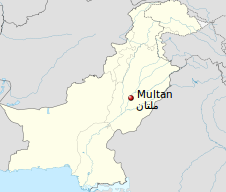 The attack was the latest in a string of attacks directed at Pakistan’s military since the offensive in South Waziristan. Pakistan’s President Zardari and Prime Minister Gilani have both condemned the attack and vowed to continue the offensive.

The ISI is the largest of Pakistan’s myriad intelligence agencies, and has been targeted on multiple occasions. Despite US claims that the ISI is secretly in league with the various Pakistani Taliban factions, the CIA provides much of the agency’s budget every year.