Adding his voice to the myriad of opinions flying out of Iran regarding the third-party uranium enrichment deal, General Hassan Firouzabadi, the nation’s military chief of staff, came out today in the state media in favor of the exchange. 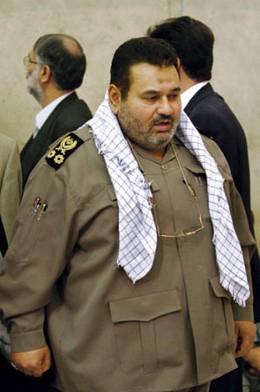 Though several members of Iran’s government have voiced concerns over the risks of the deal as presently composed, Gen. Firouzabadi sees it as a win on both counts, saying it would benefit the nation by allowing the nation to create medical isotopes and would “prove at the same time the bona fides of our peaceful nuclear activities.”

Iran proposed the third party enrichment proposal in late September, and it was eagerly endorsed by Western officials. The deal would have Iran send some 70 percent of its low-enriched uranium abroad for enrichment to the level needed for its US-built medical reactor.

The terms of the deal have caused some concern in Iran, as officials have expressed concern that the French are so heavily involved. France reneged on a previous nuclear contract with Iran and the nation is skeptical of allowing it to control, even temporarily, such a large portion of its nuclear stockpile.

A compromise proposal would have Turkey storing the uranium in the meantime. Though Iran has previously seemed hesitant to add any more nations to the complex deal, Turkey is on very good terms with Iran and the deal may be the best chance to satisfy all parties.