Over 25 NATO and Afghan soldiers were wounded today and others were reportedly killed in a “search and rescue” operation being conducted in Western Afghanistan looking for two missing US soldiers. 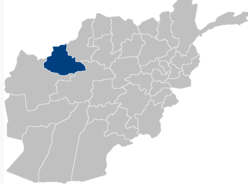 Though NATO declined to give much in the way of details regarding the operation, the Badghis Province police chief said that NATO had inadvertently caused many of the casualties themselves in the air strikes, and that multiple Americans were slain in a “friendly fire” air strike incident.

The Taliban reported that they had already recovered the bodies of the two soldiers, who they said had drown. NATO has promised to continue their “exhaustive search and rescue operations.”

Friendly fire has been a persistent problem in the war in Afghanistan, and was most notable in the death and subsequent cover-up surrounding former NFL defensive back Pat Tillman. Depending on how many of today’s casualties prove to be the result of friendly fire, this could well be the largest such incident since the war began.