A representative for Grand Ayatollah Ali al-Sistani, the top Shi’ite cleric in all of Iraq, cautioned today that any attempt by parliament to delay the January 16 parliamentary elections “will lead to political and constitutional vacuum and security chaos.” 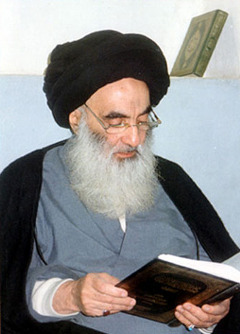 The warning given during the sermon at Imam Husayn Mosque in Karbala, one of the holiest places for Shi’ites, comes as Iraq’s parliament continues to fail in its attempts to pass laws governing the elections, and a delay is seen as increasingly likely. The formal deadline for such a change was last week.

Several people including the Ayatollah, have urged the government to allow Iraqis to vote directly for candidates, as opposed to in the 2005 vote when they only selected from a list of approved voting blocs. Much of Iraq’s parliament appears to be in favor of such a change, but are proposing several variations designed to favor their respective parties.

A delay in the vote would also likely have a major impact on President Obama’s “drawdown” strategy, as the military has suggested major troop cuts will only come a few months after the election is held.