Le Canard Enchaîné, a French weekly newspaper famous for its humorous tone and penchant for uncovering leaks, is reporting on indications that the Israeli military is planning to launch ground strikes into Iranian territory some time after December. 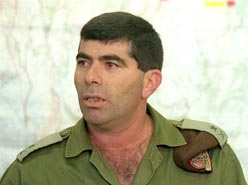 The report cites a meeting between Israeli army chief Lt. Gen. Ashkenazi and French Gen. Jean-Louis Georgelin in which Ashkenazi reportedly said the military had abandonded plans to bomb Iran, but was considering deploying its elite forces to the nation to launch ground attacks instead.

In this event, the Israeli forces would sneak into Iran and conduct sabotage missions against the nation’s nuclear infrastructure. They would also attempt to assassinate top scientists. The claim was bolstered by reports that the Israeli military has ordered reservists from its elite units home in recent weeks and placed an order for combat ration for the soldiers.

The Israeli government has repeatedly threatened to attack Iran, citing the nation’s civilian nuclear program as a grave threat. Despite reports to the contrary, they insist they have not abandoned plans to attack.