The vast and powerful Mehsud tribe from the South Waziristan Agency has a long history of jealously guarding its independence from outside forces, having fought several wars with the British Empire in the 19th and 20th centuries and has kept their region of FATA only superficially under Pakistani government control. 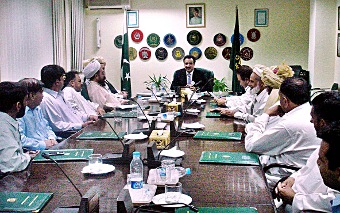 This independent streak has spawned several militants in recent years, notably the late Tehreek-e Taliban Pakistan (TTP) leader Baitullah Mehsud and his successor Hakimullah. But the tribe itself is several hundred thousand strong, and only a handful are actually engaged in terrorist activity.

Despite most of the tribe being little more than bystanders in the long-standing war between the Pakistani military and the TTP, orders have been circulating across the country that any members of the tribe found outside of the South Waziristan Agency are to be summarily arrested and their property confiscated.

The Peshawar High Court is hearing a challenge to the policy of mass arrests, and though it is still unclear exactly how many Mehsuds have been rounded up on the basis of this order, the number is expected to be significant.

The orders say, in part, that the Mehsud tribal elders have “failed to stop terrorist activities against the government and are unfriendly towards the state.” But is this really a legal basis to arrest all members of the tribe? That’s something the high court will have to decide.