Growing opposition to the US attempts to expand its influence in Pakistan is taking shape in the form of increasing resistance to plans by Pakistan’s military and increasingly its civilian government as well. 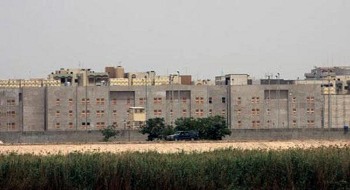 Nowhere has American power been more visible than the massive expansion of the embassy in Islamabad, sparking protests against the site that will some day hold Ambassador Anne Patterson, a contentious figure in her own right who has been threatening US military attacks against the city of Quetta if Pakistan doesn’t give in to demands to launch action of its own.

Then last week the US Congress pressed through with overwhelming support a bill to triple aid to Pakistan as part of a “strategic partnership.” The bill was enthusiastically supported by President Obama and was described as expanding America’s commitment to the nation over the next decade.

Less enamored with the bill was Pakistan’s government and particularly its military, which sees assorted requirements under the bill as an attempt to exert growing control over the domestic affairs of the nation. The bill gives the US power to monitor Pakistan’s military and court system, leading to concerns that it is a threat to the nation’s sovereignty.

“This is less an assistance programme than a treaty of surrender,” MP Ayaz Amir wrote in an editorial piece circulating around the Pakistani press, insisting “a convicted rapist out on parole would be required to give fewer assurances of good conduct.”

While there seemed to be little discussion of the bill beforehand, Prime Minister Raza Gilani and military chief Gen. Parvez Kayani met in recent days to discuss the ramifications, and Foreign Minister Qureshi, currently visiting the US, has been ordered not to publicly comment on the bill. Though the US scaled back the demands it linked to the bill and Pakistan is short on funds, it seems the momentum is in favor of the Pakistani government rejecting the offer of aid.