Former US Ambassador Peter Galbraith, who was fired from his role as second ranking official at the UN Mission to Afghanistan last week, says he was ordered by mission chief Kai Eide to cover up the extent of the voter fraud by Afghan President Hamid Karzai. 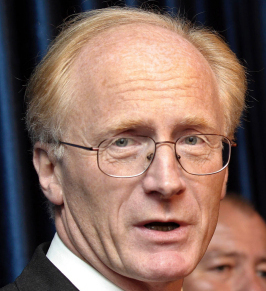 Galbraith says his public falling out with Eide was a result of repeated orders by Eide to keep secret data that the mission had gathered regarding the enormity of Karzai’s voting fraud. Eide reportedly told Karzai after the vote that he supported the president’s re-election campaign.

Among the data was evidence that almost one in three votes for Karzai was actually fraudulent. Though ample evidence of widespread fraud has since come to light, the UN mission, which was charged by the Security Council to ensure the fairness of the elections, has been reluctant to press for more than cursory recounts and some from the mission have indicated a preference to not have a run-off between Karzai and Abdullah Abdullah, a virtual certainty if the fraudulent votes were discounted.

Abdullah Abdullah attacked the trustworthiness of the UN investigation into the fraud following the revelations, though he stopped short of calling for Eide’s ouster.

Undaunted by the growing evidence against him, and likely bolstered by reports that the Obama Administration has decided he will remain in power regardless of what the investigations determine, Karzai attacked the continuation of the investigations, saying that the delay in declaring him winner harmed the nation.

11 thoughts on “Galbraith Was Ordered to Cover Up Karzai Fraud”