Pentagon officials have announced today that they intend to deploy ground-based interceptor (GBI) missiles along the western coast of the United States, ostensibly to thwart the threat posed by “long-range Iranian missiles.” 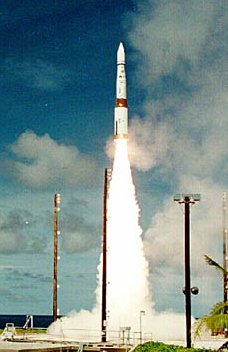 The GBI had previously been sold to the public as a way to defend the West Coast against North Korea. Facing political fallout for abandoning its Eastern European missile shield, however, the Pentagon now seems to be presenting it as directed primarily at Iran.

But much as North Korea’s best missile falls well short of being able to hit the American West Coast, the threat from Iran simply does not exist. Lets not forget, one of the chief criticisms of the missile defense in Poland was that Poland is well outside the range of Iran’s best missile, only 2,000 km.

The pride of Iran’s missile arsenal, the Shahaab-3, has a shot at hitting Israel. It could hit part of India and the very western-most reaches of China. Virtually all of Europe is out of its range. The Western Hemisphere is so far away as to be simply incredible. The distance from Los Angeles to Tehran is actually over six times the maximum ran of the Shahaab-3, a wopping 12,202 km. It would actually be roughly the same distance if Iran simply dug a hole through the center of the earth and attacked the West Coast from below.

Yet the Obama Administration, on the warpath about wasteful Pentagon spending, appears to have no problem with installing GBIs of dubious utility to combat a threat that is completely fictional.