The oft-delayed European Union report on the August 2008 Russo-Georgian War is finally nearing release, according to officials, and it will conclude what a myriad of other reports in the interim have already concluded: that Georgia indeed fired the first shot. 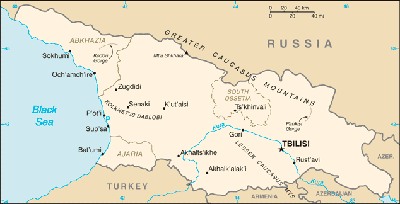 In an effort to make the report more palatable to the eastern EU member states which have an axe to grind against Russia, the report will also accuse Russia of “exploiting” the conflict and will criticize them for distributing Russian passports to residents of the separatist enclaves of South Ossetia and Abkhazia, which declared independence after the conflict.

Georgia has officially reacted with outrage at every report regarding the war, insisting that Russia actually started it. But even former Georgian officials acknowledge that President Mikheil Saakashvili was “itching” to do battle over South Ossetia, and test the high-tech military which was largely destroyed in the brief conflict.

President Saakashvili has vowed to reclaim the enclaves as parts of Georgia proper, and has US support in ensuring they will never be recognized as independent republics, though in practice both have been outside Georgian control for quite some time.