Former Attorney General John Ashcroft and Justice Department official John Yoo may wind up being held personally liable for the abuses of detainees in post-9/11 terror sweeps, as federal judges refuse to throw out cases in three courts. 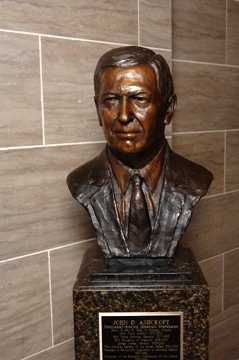 In the wake of 9/11, Ashcroft pushed forward with a policy of preventive detention to round up virtually anyone the Justice Department thought it might have any pretext to hold.

Yoo issued a flurry of legal opinions in late 2001 claiming, among other things, that the Federal Government could conduct warrantless searches and that the military could ignore Constitutional provisions while conduct ing anti-terror operations on American soil.

The cases involve innocent people who were detained without evidence and in at least one case sent to Syria to be tortured. Ashcroft’s former spokesman complained that people aren’t going to want to serve in government in the future if the cases are allowed to continue.