The arrest of Ahmad Wais Afzali, an imam who was a long-time police informant, in relation to a high profile “terrorism” investigation has fueled growing questions about the NYPD’s apparent rivalry with the FBI and its strained relationship with local Muslims. 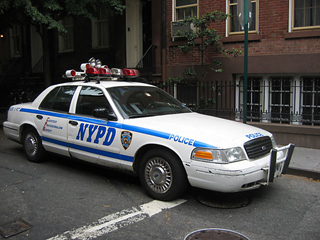 The imam was questioned about Denver airport shuttle driver Nazibullah Zazi, whose own arrest sparked a flurry of non-credible terror alerts by federal officials, and later arrested when he told Zazi that officials had inquired about him.

Whether or not Afzali is successfully charged with some crime for his role in the incident, federal officials are saying that the police move to bring him in to the investigation forced the arrests while they were still keeping Zazi under surveillance, blowing what they assume is a major terror investigation.

Zazi’s own arrest has drawn considerable fire from the Muslim community, as officials have maintained he is a terrorist despite having virtually no public evidence to that effect and having not charged him with anything terror related. The evidence gathered after Zazi’s arrest has amounted to little more than a battery-powered scale and some spare batteries, along with speculation from officials that this scale might have been intended for use at some future date to “weigh explosives.”

But both the imam’s role as an “informant” and his subsequent arrest are likely to fuel even more distrust among New York’s Muslims, who have long been suspicious of police investigations and believe that they might be swept up in any random probe that comes along.

One thought on “Imam’s ‘Terror’ Arrest Raises Concerns About NYPD”