Citing a myriad of perceived ‘threats’ across the globe, National Intelligence Director Dennis Blair revealed a long-secret piece of information today, that the United States is spending roughly $75 billion a year on “intelligence activities.” 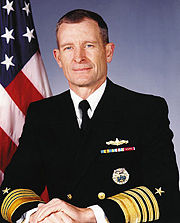 The number revealed by Blair includes not only the $47.5 billion spent by America’s 16 different spy agencies, but also the money spent by the military on intelligence activity as well. Blair insisted that “this whole distinction between military and non-military intelligence is no longer relevant.”

In his report (PDF), Blair pointed to the “threat” posed by Iran’s civilian nuclear program, the threat posed by North Korea, and the various threats posed by insurgencies across the globe. He also expressed concern about China’s quest for natural resources overseas and Russia’s attempt to exert influence regionally.

Blair also ranked highly the need to add to the intelligence community’s power online, claiming however that “for the first time we have a good understanding of the world that we’re in.”

7 thoughts on “US Spending $75 Billion a Year on Spying”