Though Germany appeared to finally have backed off its claims that Friday’s massive air strike in Afghanistan’s Kunduz Province had killed only “forces hostile to the government,” they remained defiant in the face of criticism of a German commander’s role in the deadly attack and even attacked critics, pointing out Germany’s significant commitment to the seemingly endless conflict. 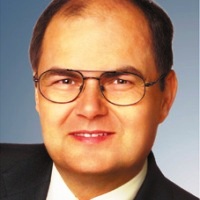 Germany’s war efforts have come under increasing scrutiny among voters as their election draws near, and their official efforts to claim that the Afghan War isn’t really a war will likely come under renewed scrutiny amid the news that a German military commander ordered an attack that killed scores of Afghans, including a significant number of civilians.

Germany’s Deputy Defense Minister Christian Schmidt cautioned that it was inappropriate for others to criticize the killings until NATO had released its official report, and attacked European allies for not dedicating as many troops to the war as Germany had, saying they “clearly need to catch up.”

And despite preliminary comments which suggest that the German commander broke NATO rules designed to prevent civilian deaths, Germany insists the commander acted appropriately. The US launched the strike only after the German commander assured them that they had confirmed no civilians were in the area, but it appears that “confirmation” was based on a single informant’s unconfirmed claim, and pre-strike video clearly showed large numbers of people congregating around the site of the attack.