The massive death toll in some recent high profile bombings in Iraq has long been dismissed by US commanders as irrelevant to the question of overall security. Today, however, General George Casey sounding a somewhat more pessimistic view. 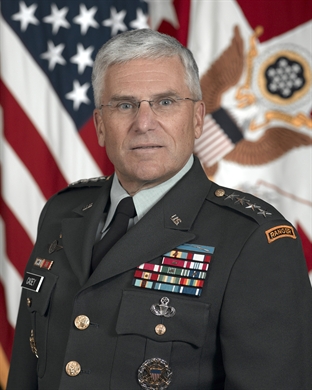 While he insisted it “is way too early to make any judgments” he would not dismiss out of hand, as so many other officials have, that the administration may rethink its troop pullout strategy in the face of rising violence. Casey insisted the current plan was for the time being still in place, to have about 50,000 troops in Iraq this time next year.

Shortly after President Obama took office he had roughly 135,000 troops in Iraq. Since then the number has stayed virtually flat at 131,000-132,000 and the Pentagon has said it intends to maintain the present level at least through early 2010. Though the pace has been expected to pick up after Iraq’s elections next January the August deadline has seemed less and less likely.

This leaves the administration with several months of leeway before it is actually expected to withdraw significant troops and would have to admit if its pullout strategy has indeed changed. But even then, President Obama’s plan would leave 50,000 troops in the nation “indefinitely,” so a change would at this point more be one of the scale of troops remaining in the nation than the actual halting of a phantom pullout strategy, which is far from in the offing.

Gen. Casey says he expects the violence to “ebb and flow” over the months and years to come. So will, it seems, the hope for US troops ever leaving the nation.