The death of Abdul Aziz al-Hakim, the powerful leader of the Supreme Islamic Iraqi Council (SIIC) and founder of the ruling bloc the United Iraqi Alliance (UIA), which split apart just days before his death, has left a hole at the top of one of Iraq’s most influential political parties and likewise leaves the leadership of the new opposition bloc very much in doubt. 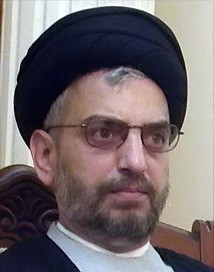 The new bloc, the “Iraqi National Alliance,” which was formed with the SIIC at the head and with the hopes of challenging Prime Minister Nouri al-Maliki’s ruling Dawa Party, was announced earlier this week. But now no one seems to know who is calling the shots at either.

Some reports have had the SIIC top spot passing to the late leader’s son Ammar al-Hakim, but his youth and inexperience with politics would likely make him a weak leader and spokesmen for the group have said he hasn’t even been considered for the position. Ammar was notably arrested by US forces in 2007, though they apologized later.

The other two logical candidates for the top spot would be Vice President Adil Abdul-Mahdi, and Badr Brigade leader Hadi al-Amiri. The two would likely take the opposition in radically different directions, Mahdi being a soft-spoken economist and Amiri an outspoken critic of corruption in the current government who has close ties to Iran.

In the meantime, however, Hakim’s funeral and the prospect of attacks against it loom large, and while the leader is gone, he is casting a big shadow. Any attacks on his funeral will likely spark massive outrage among the nation’s Shi’ites, who have been under increasing attack in recent months.