Another reminder of the lingering tensions from last year’s brief Russo-Georgian War, the republics of South Ossetia and Abkhazia, separatist enclaves whose claims of independence were finally recognized by Russia on August 26, 2008, celebrate the one year anniversary of this recognition as an independence day. 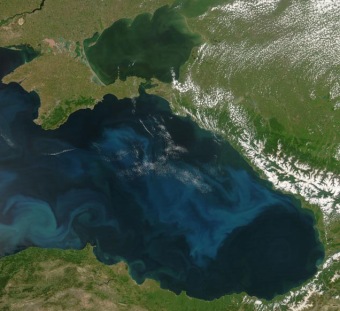 The permanency of their de facto independence is still very much in doubt, as the US has promised to use its position as a permanent member of the UN Security Council to ensure that the international community never recognizes the move. Russia is still hoping to get more nations on board but so far only Nicaragua has recognized the two.

Since the war the two regions have signed defense pacts with Russia, which has dramatically increased the number of Russian troops in the regions. Georgia has vowed to reclaim them as provinces in the future, and has attempted to enforce a naval blockade on Abkhazia’s coast.

So far the blockades, which include threats to arrest anyone who goes to either region without the Georgian government’s permission, have had little impact but to drive the two regions further into reliance on neighboring Russia. The Russian state oil company set up a new subsidiary in Abkhazia only today, a sign that Russia is eying a long-term role.

One thought on “South Ossetia, Abkhazia to Celebrate Independence Day”